Into the Wild Blue Yonder!

Contest, Schmontest - What The Heck Is Janie Talking About?


Nobody bit on the contest blurb.
I didn’t elaborate.
But...
ThatManILove and I are going somewhere.
For a vacay.  A much needed one.
I’ve had contests in the past, you know.
And people had lots of fun, and some received fun things.
One of my favorite contests - Some people went to see James Taylor at Tanglewood, in Lenox, Massachusetts.  You know who you are.  (I only knew one winner personally - now, I feel like I know them all!)  If I remember correctly, there were three or four couples.
Some people received wine.   (And, I know, Kara, you’re still waiting on yours...but you put the requirement in that I had to bring it personally!)
Some people received t-shirts...from multiple states.
Some people received airline tickets.
One sweet blogging friend received some cool made in Texas wine glasses.  Heck, I’d never even met her.  And then?  We surprised her...by attending her wedding.  In Mississippi.  And meeting two other bloggers (one of which was the groom!) in the process.
All that to say...by reading my blog, you’re getting a little taste of our Vida Loca…sporadic as the posting may seem.  I really really am still here…when I can be.
By reading this blog, you’re visiting Casa De Crazy....the House of Chaos...you never know what’s gonna happen, but it’s never boring.
And first person to guess the right answer will win something from there.  And if, by chance, you already know where we’re headed to, please exclude yourself from the contest, okay?
My next posting, I’ll give at least one hint.
Mebbe.

Email ThisBlogThis!Share to TwitterShare to FacebookShare to Pinterest
Labels: Bloggy Friends, Come Ride With Me Down the Trail of Mi Vida Loca, Cool And Awesome Prizes, Fun Stuff, I Make This Stuff Up On The Fly, Love Contests, Oh Where In the World Is Janie Going, Travel

Calling All Hummingbirds…Plus, A Contest! 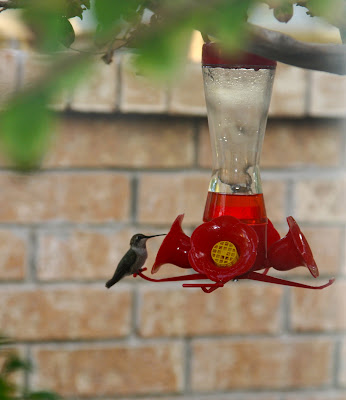 This morning finds me outside, refilling my hummingbird feeders.  I brought them in last night, cleaned them, made new solution.


And then forgot to fill them and hang them.


I hope my hummers aren't mad at me… 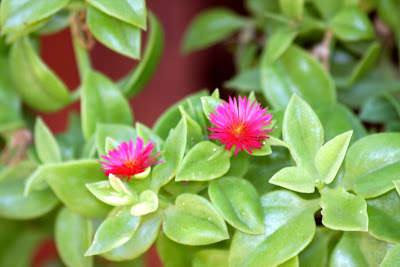 On another note, these beautiful dew plants are blooming!  They do well in drought conditions, and the hummingbirds love them.


May your hummingbirds visit frequently!!


A week from now will find us heading…where?